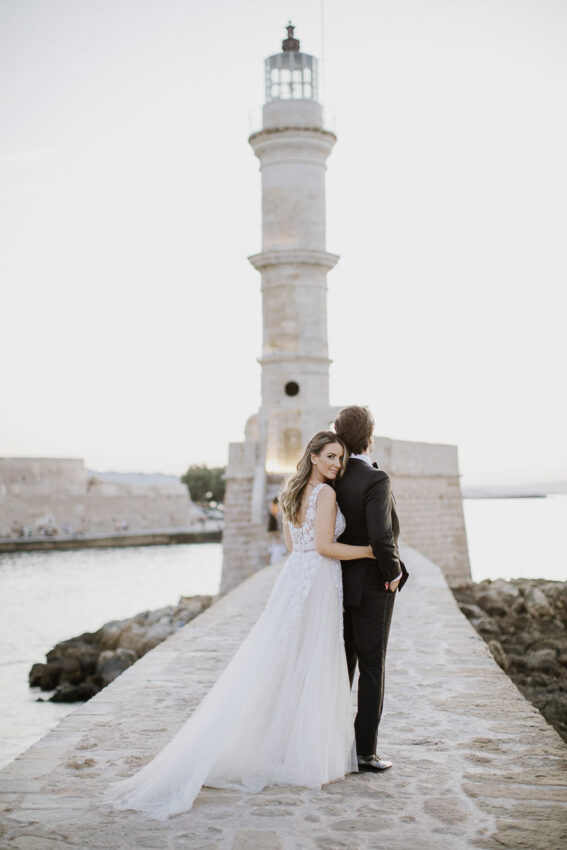 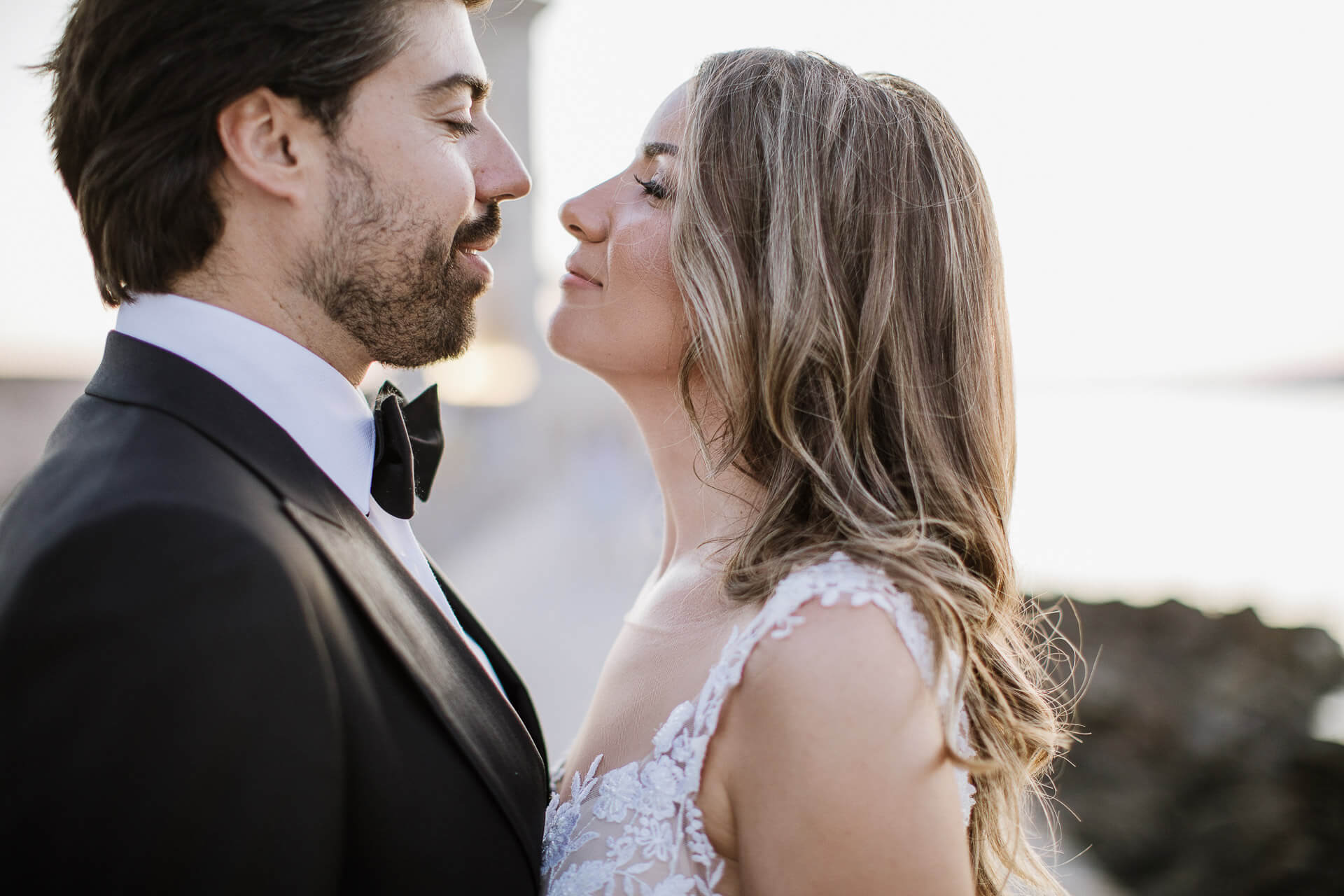 It all started in 2016. It was a warm summer night in Chania. Artemis was debating on going out that night after a shift that ended on midnight and Terry had decided to stay for vacation in Crete for 3 weeks instead of 3 days he had planned initially.
Terry first fell in love with the city of Chania, the sunset behind the old harbour, the scenic little alleys of the old city. Their eyes met across the floor of an outside bar.
Both of them believed fate had brought them together for a reason, so when Terry left a few days later that reason gave them the strength to keep in touch.
A few months later Artemis flew across the Atlantic Ocean, to Philadelphia to meet Terry again.
They were both hesitant since they barely knew each other but everything just clicked right away.
After a few trips back and forth, Artemis meeting Terry’s parents and Terry flying back to Chania to meet Artemis’ family and friends, Terry on one knee proposes to Artemis on a quiet beach in Longport while the sun is setting.

Artemis said YES and they decided to tie the knot on July 25, 2017, at the city hall of Atlantic City, with just close family attending.

But since religion plays a big role in Terry’s life, 2 years later it was time to have a more spiritual ceremony and also to include all of the loved ones that wanted to celebrate with them.

Because of the place where the bride is from and the place they first met, they held their wedding in Chania.

Our wedding was everything we ever wanted and more!!! Everything and everyone was amazing.
The church, the venue, the decorations, the flowers, the wedding favours, the wedding cake, the music, the photography and video, the hair and makeup, the fireworks and of course our wedding attire! Everyone we collaborated with put their heart and soul into making this day even more special for us and we couldn’t be more thankful!
Wedding photographer: Irini Koronaki Photography
Party venue: Costa Costa beach bar

5 Ideas for the best spot for your wedding in Greece