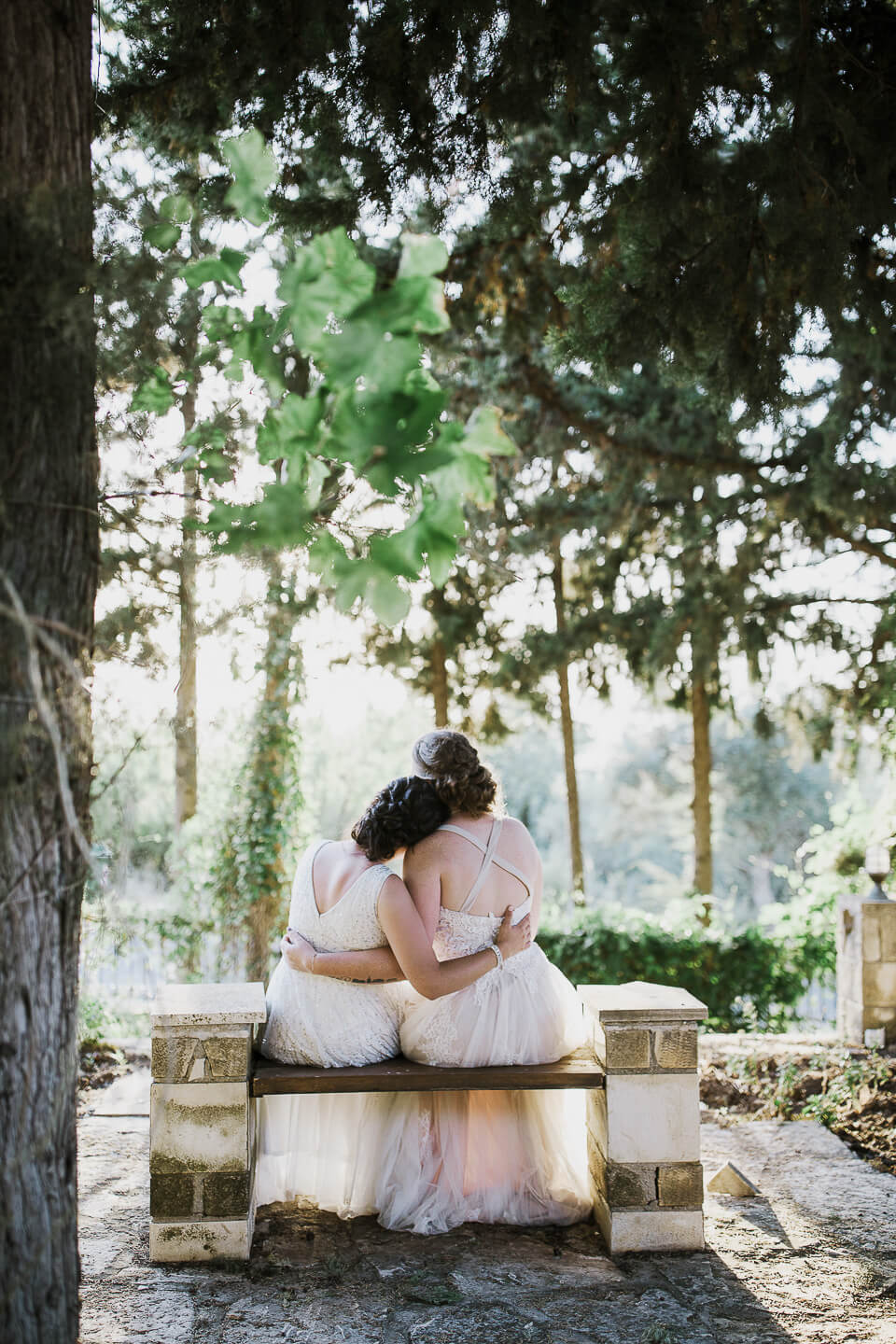 Megan and Daphne both worked at the mall during their early twenties to make ends meet. Megan was the girl with a book in her hands and one headphone in her ear during slow times at work. Daphne couldn’t help but notice such an adorable person. It was early December 2012 when Daphne approached her a few times doing small talk, asking what book she was reading and next thing you know they were hanging out!

In February 2013 Megan invited Daphne to her birthday party and the two were in awe of each other. Soon after they started dating and begun planning little trips to New York City and Montreal!

The bond grew stronger each year. They started travelling more and in December of 2017 during a trip to Paris Megan proposed in the most epic way possible…in Tuileries garden while the rain poured down upon them. Yes, they admit it was cold, but they couldn’t feel a thing besides the love for one another during that moment! They journeyed together from the start, loved every moment together and the last 6 years have been nothing short of a phenomenal adventure. Daphne grew up in Greece and it was important to top her to have some of the cultural tradition within her wedding, so they decided to get married on the lovely island of Crete with about 40 of their closest friends and family.